Exclusive: President Bill Clinton’s Kosovo war of 1999 was loved by neocons and liberal hawks – the forerunner for Iraq, Libya, Syria and other conflicts this century – but Kosovo’s political violence and lawlessness today underscore the grim consequences of those strategies even when they “succeed,” writes Jonathan Marshall.

The insatiable appetite of America’s bipartisan foreign policy elites for military intervention — despite its record of creating failing states in Afghanistan, Iraq, Libya, Syria and Yemen — traces back to the marriage of liberal and neoconservative interventionists during the Clinton administration’s 78-day bombing of Serbia to create the break-away state of Kosovo in 1999.

One scholar-advocate has called NATO’s campaign “The most important precedent supporting the legitimacy of unilateral humanitarian intervention.” Even Sen. Bernie Sanders was proud to support that use of American power, ostensibly “to prevent further genocide.” 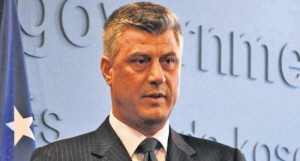 But Kosovo, which is still not recognized as an independent state by nearly half of all UN members, and which still relies on 4,600 NATO troops to maintain order, is hardly a showcase for the benefits of military intervention. With an unemployment rate of 35 percent, Kosovo is wracked by persistent outbreaks of terrorism, crime, and political violence.

Following a series of violent street protests and wild disruptions of parliament, the leader of the radical nationalist party, Vetëvendosje, announced on Feb. 19, “This regime is now is in its final days. They will not last long.”

That day, members of Vetëvendosje set off tear gas cannisters in parliament and tussled with police in the latest of their many protests against an agreement reached by the government last summer to grant limited powers to the country’s Serbian minority, in return for Serbia’s recognition of Kosovo. Opposition lawmakers also rail against endemic corruption and the country’s under-performing economy.

“The aim of this protest was to overthrow the government with violence,” the government said in a statement. The U.S. ambassador chimed in, “Political violence threatens democracy and all that Kosovo has achieved since independence.”

This violence gets little attention from the American media in part because, unlike the Ukrainian demonstrators who overthrew their democratically elected government in 2014, Kosovo’s protesters are targeting a pro-Western government that eagerly seeks membership in the European Union.

But it’s no wonder that Kosovo’s political fabric is so rent by violent confrontations. The rump state was created by a violent secessionist movement led by the Kosovo Liberation Army (KLA). That guerrilla band of Albanian nationalists was covertly backed by the German secret service to weaken Serbia. Its terrorist attacks on Serbian villages and government personnel in the mid-1990s prompted a brutal military crackdown by Serbia, followed by NATO’s decisive intervention in 1999.

During the fighting the KLA drove tens of thousands of ethnic Serbs from Kosovo as part of an ethnic cleansing campaign to promote independence for the majority Albanian population. It recruited Islamist militants — including followers of Osama Bin Laden — from Saudi Arabia, Yemen, Afghanistan and other countries.

President Bill Clinton’s special envoy to the Balkans, Robert Gelbard, called the KLA “without any question, a terrorist group,” and a Council on Foreign Relations backgrounder added, “most of its activities were funded by drug running.”

None of that, however, stopped Washington from embracing the KLA’s cause against Serbia, a policy spearheaded by the liberal interventionist First Lady Hillary Clinton and Secretary of State Madeleine Albright. Without authorization from the United Nations, NATO began bombing Serbia in March 1999, killing some 500 civilians, demolishing billions of dollars’ worth of industrial plants, bridges, schools, libraries and hospitals, and even hitting the Chinese embassy. (“It should be lights out in Belgrade,” demanded New York Times columnist Thomas Friedman. “Every power grid, water pipe, bridge, road and war-related factory has to be targeted. Like it or not, we are at war with the Serbian nation.”)

Following Serbia’s capitulation, according to Human Rights Watch, “elements of the KLA” engaged in “widespread and systematic burning and looting of homes belonging to Serbs, Roma, and other minorities and the destruction of Orthodox churches and monasteries. This destruction was combined with harassment and intimidation designed to force people from their homes and communities. By late-2000 more than 210,000 Serbs had fled the province . . . The desire for revenge provides a partial explanation, but there is also a clear political goal in many of these attacks: the removal from Kosovo of non-ethnic Albanians in order to better justify an independent state.”

Former KLA leaders, including its political head Hashim Thaçi, went on to dominate the new Kosovo state. A 2010 report by the Council of Europe declared that Thaçi, who was then Kosovo’s prime minister, headed a “mafia-like” group that smuggled drugs, guns and human organs on a grand scale through Eastern Europe. The report’s author accused the international community of turning a blind eye while Thaçi’s group of KLA veterans engaged in “assassinations, detentions, beatings and interrogations” to maintain power and profit from their criminal activities.

Prime Minister Thaçi and the Kosovo government strenuously denied the allegations and succeeded for years in resisting accountability. Their American friends were eager to put the past behind as well. In 2012, Madeleine Albright and a former Clinton special envoy to the Balkans bid to take control of the country’s state-owned telecommunications company despite widespread allegations of corruption, the attempted assassination of the telecommunications regulatory chief, and the murder of the state privatization agency’s chief.

No one seemed immune from corruption. A study of the European Union’s own legal mission to Kosovo suggested that its members may have taken bribes to drop investigations of senior Kosovo politicians for rampant criminal activity.

In 2014, a three-year E.U. investigation concluded that “senior officials of the former Kosovo Liberation Army” should be indicted for war crimes and crimes against humanity, including “unlawful killings, abductions, enforced disappearances, illegal detentions in camps in Kosovo and Albania, sexual violence, other forms of inhumane treatment, forced displacements of individuals from their homes and communities, and desecration and destruction of churches and other religious sites.”

Under tough pressure from the United States and E.U., Kosovo’s parliament finally agreed last summer to permit a special court to prosecute former KLA leaders for war crimes. The court will begin operating this year in The Hague.

“The sad thing is that the United States and European countries knew 10 years ago that Thaçi and his men were engaged in drug smuggling and creating a mafia state,” said one European ambassador last year. “The attitude was, ‘He’s a bastard, but he’s our bastard.’”

Whether delayed justice will clean up Kosovo’s “mafia state,” and whether belated granting of rights to the Serbian minority will ease or aggravate Kosovo’s explosive ethnic tensions, remain to be seen. One thing’s for sure: a great many people have died in the name of this great “humanitarian intervention,” and many more are still suffering for it. Kosovo is no Libya or Syria, but neither is it any kind of showcase for the benefits of U.S. armed intervention.

Jonathan Marshall is author or co-author of five books on international affairs, including The Lebanese Connection: Corruption, Civil War and the International Drug Traffic (Stanford University Press, 2012). Some of his previous articles for Consortiumnews were “Risky Blowback from Russian Sanctions”; “Neocons Want Regime Change in Iran”; “Saudi Cash Wins France’s Favor”; “The Saudis’ Hurt Feelings”; “Saudi Arabia’s Nuclear Bluster”; “The US Hand in the Syrian Mess”; and “Hidden Origins of Syria’s Civil War.” ]