Professor Pirkko Turpeinen, a psychiatrist and former official of Social Democrats, shook the region with a statement that genocide is committed against Serbs 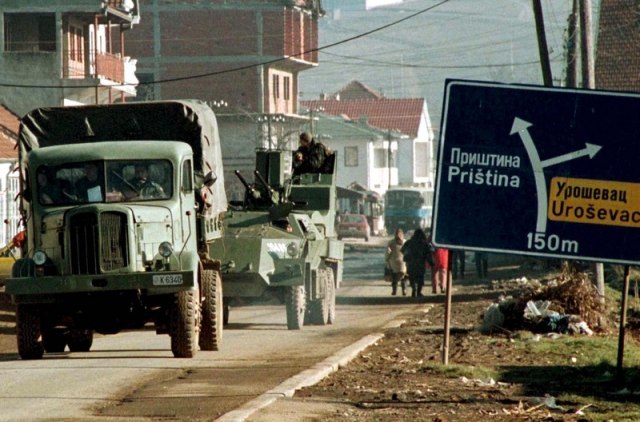 “Genocide has been committed against Serbs over the last century, and false accusations that you committed crimes during the breakup of Yugoslavia are part of a campaign by large powers to justify their conquering goals”, she said in an interview with Kosovo online portal.

Turpeinen was a Member of the Finnish Parliament but also an expert on the Council of Europe’s Committee on Torture and Human Rights Violations. She has become known in the public for her support for General Ratko Mladic, and has written a book about this, and is in the process of completing a new study addressing a series of events that marked the breakup of the SFRY.

Among them is the Racak case, which was the reason for NATO’s aggression against Serbia two decades ago, according to an interview broadcast by “Serbia Today”.

Asked about the Racak case, Turpeinen said this case was very important because it was a provocation to bomb Serbia. “But it was just one in a series of provocations against your people. That is why my next book will be the history of the Holocaust and the genocide against Serbs, both during World War II and during the wars of the nineties, including the NATO occupation of Kosovo”, she said.

When reminded that her country’s government back then appointed Finnish forensic expert Helena Ranta as part of the expert team in the Racak case, Turpeinen says that at the invitation of Slobodan Milosevic to send an expert team to determine the circumstances of the suffering of individuals in Racak, the Finnish Foreign Ministry named Helena Ranta for some reason, instead of, for instance, Professor Anti Pentila, a top medical forensic scientist.

“The problem is that Ranta was not competent to determine the facts. Her responsibility was, in fact, to study autopsy reports made by pathologists, but she did not do that. Instead, she said what she was told to say by the Finnish and German Foreign Affairs Ministries. “What she said has nothing to do with the truth,” she says, adding that Ranta is actually a dentist.

“Despite the fact that the results of the autopsy were hidden, two years later, experts, including Professor Pentila, had the opportunity to study the documentation and publish the findings in a scientific journal. It is a journal of my colleagues, forensic experts. It turned out that Ranta and her colleagues have betrayed the truth”, adds Professor Pirkko Turpeinen.

Asked what conclusion she came to when investigating the case, she replied: “Medical facts and information about police action in an attempt to get terrorists out of the village were never hidden but transparent. After all, many TV crews could be convinced, OSCE observers … Everyone was present and the Serbian police invited all to see for themselves what happened in Racak on January 15, 1999”.

She also said that the United States and Germany, along with other NATO countries, planned to occupy entire territory of former Yugoslavia. “This is clearly shown in Annex B of the Rambouillet Agreement… Let me remind you that NATO member countries had previously blackmailed Yugoslavia with economic sanctions and these blackouts had lasted since 1992. However, the country has survived. That’s why NATO countries no longer saw an alternative to their plan, except to physically conquer it by bombing. The US wanted to build a military base in Kosovo, and they did so”, she said.

According to her, propaganda dominates the western countries. There is plenty of scientific evidence and books that convey the truth, however, NATO media propaganda is already prevalent in the film industry, literature and sports. Serbs need for their side of the story to be heard, through films like the one about Jasenovac, or appearances by prominent figures such as Nobel laureate Peter Handke, says Professor Turpeinen.